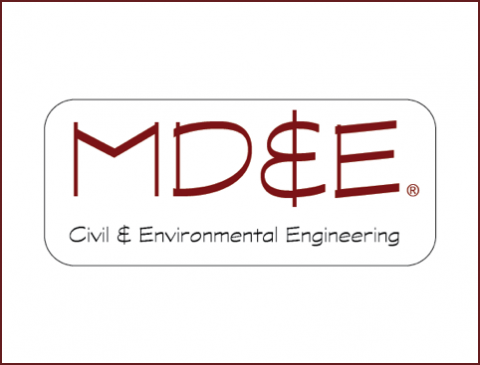 MD&E was commissioned by Alstyle Apparel, Inc. (Alstyle) to assist in developing a strategy to reduce wastewater emissions from its former plant in Anaheim, California. The MD&E study included a general summary of the circumstances and conditions associated with wastewater production, an analyses of resource use and treatment options for reducing effluent chemical loads, and an integrated strategy to control the cost of industrial sewage treatment.

Until 2011, Alstyle discharged spent process water to the publicly treatment works (POTW) operated by the Orange County Sanitation District (OCSD). Wastewater effluent from the plant is regulated by a Class I Industrial Wastewater Discharge Permit (WDP). The WPD stipulated effluent limits associated with a flow basis of 1.4 million gallons of wastewater from the Alstyle plant entering the POTW each day. The permit specified daily maximum and monthly average biological oxygen demand (BOD) loadings of 15,000 pounds per day and 10,000 pounds per day, respectively.

Orange County Sanitation District Ordinance OCSD-30B establishes sanitary sewer rates for users of their POTW. For Class I permit holders, flat rates are applied to the volume of flow and to mass loadings of both BOD and total suspended solids (TSS) to the POTW within a calendar year. In addition, each Class I permittee is assigned flow and mass loading thresholds, above which a supplemental per unit surcharge is applied. In 1999, the flow threshold for Alstyle was established as 0.96 million gallons per day (MGD), or 350.4 million gallons per year (MGY). The BOD and TSS thresholds were set at 1,970 pounds (lbs) per day (719,050 lbs/yr) and 2,754 lbs/day (1,005,210 lbs/yr), respectively.

OCSD sanitary sewer rates are renewed annually. Since 2004, the base rate ($700.03/million gallons) and supplemental charge ($1,344/million gallons) applied to the volume of wastewater discharged to the POTW have increased 121% and 136%, respectively. Over that same period, the base rates for BOD loading ($316.77/thousand lbs) and TSS loading ($474.49/thousand lbs) have increased 47% and 136%, respectively. However, the supplemental charge for BOD has increased over 420% from $144.61/thousand lbs to $754.73/thousand pounds. The net effect of these rate escalations was a two fold increase in the annual operating costs associated with the disposal of wastewater from the Alstyle plant.

The objective of the MD&E study was to identify and describe opportunities to control or offset operating costs associated with the discharge of wastewater from the Alstyle plant to the OCSD POTW. Accordingly, MD&E examined manufacturing processes and water management practices to assess the potential for:

MD&E then developed a conceptual strategy designed to reduce wastewater disposal costs through modification of the types and quantities of chemicals added to dye baths, reducing the demand for make-up water, and implementing end-of-pipe treatment methods that promote wastewater recycling for reuse in wet processing.